As I stepped out of the plane, I plunged into dense humid tropical and somewhat salty air. My soft-shell pants and a layer of merino suddenly felt like tools of torture. I quickly made my way through roofless, windowless Honolulu airport and crowds of floral-pattern dressed people to catch my flight to Kona on the Big Hawaii island.

I landed in Kailua-Kona quite late, and rushed outside in the dark warm air. There were no buses or on-site shuttles available to take to the town, so I had to take the 35USD taxi ride. It was not easy to find a taxi either. As I later learned public transport on the Big Island of Hawaii is almost non-existent, and hence it super hard for losers like me with no car to get around .. While waiting for the taxi, some very small man pointed to my bluesy fedora and started laughing – “Cow-girl! Cow-girl”.

I did not have enough energy to explain life to him.

Thankfully the taxi driver did not speak much, and I got to rest in silence for a bit. As we started rising up a hill in Kona town, he informed me the hill to be called “the Burger Hill”, due to the McDonald’s on it. As I was climbing out of the car, the driver handed me a branch with a bunch of leaves and tangerines on it, which was super sweet surprise, as I was starving.

The backpackers I arrived to looked unclean and somewhat moldy. I had a somewhat cold shower, ate the excellent fruit I was handed, and tried to get some sleep. I didn’t manage to get too much sleep; it was hot, humid, and the ventilators were too loud. I woke up early with a bad headache, and went outside to catch some fresh air, and hopefully find some breakfast… 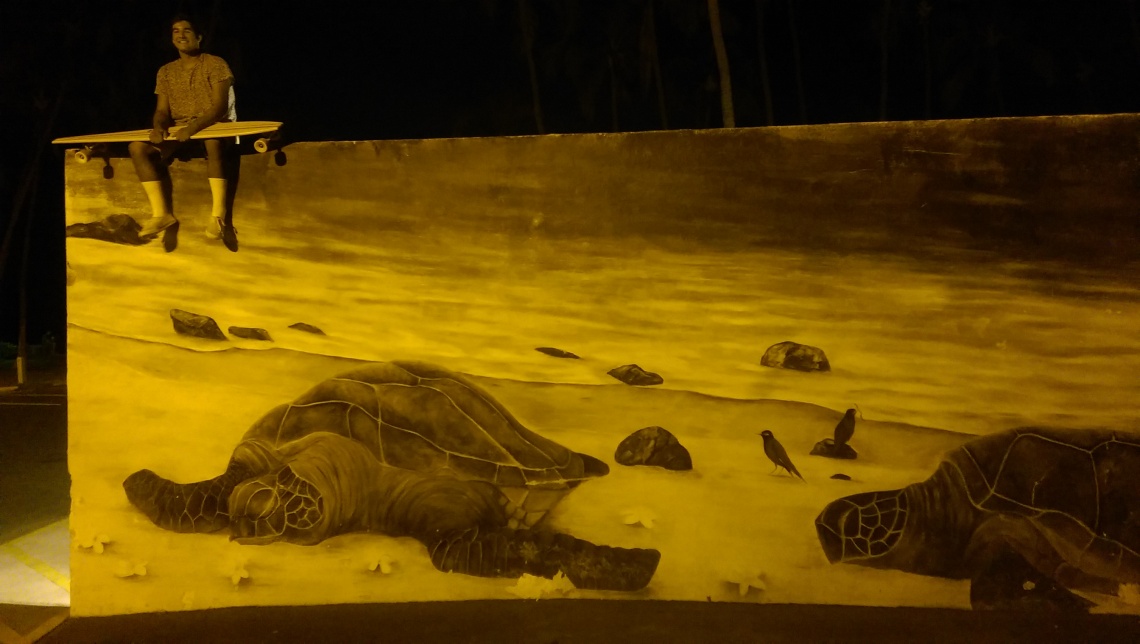 Published by Kris A

Mountain runner, climber, adventurer. View all posts by Kris A

Where I’m off to